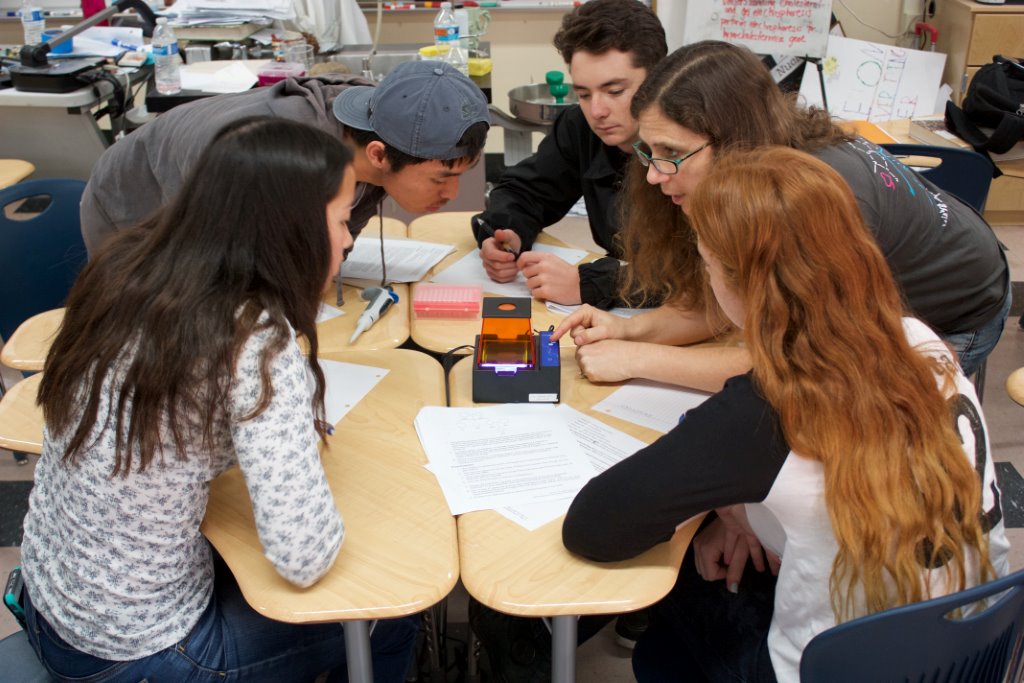 Rachel Tenenbaum, a La Jolla High School science teacher in the Biomedical Pathways Program, part of Project Lead The Way (PLTW), teamed up with The MiniOne to increase student engagement  while reducing prep time and saving resources in a hands-on human genetics lab. The lab was arranged to compare the MiniOne side-by-side with standard electrophoresis systems that she had used in previous classes.

The Biomedical Pathways Program uses real world medical scenarios to teach students basic biology and lab skills while preparing them for careers in the medical field. As part of a year-long investigation of a fictional case study, students conduct a cholesterol diagnostics lab supplied by Edvotek. This lab explores the genetics of inherited hypercholesterolemia (FH), which is linked to a mutation in the LDL receptor gene. Students perform gel electrophoresis on simulated DNA samples from family members affected by the disease, then use the data from their gels to construct a pedigree of the family and infer the inheritance pattern of the mutation. 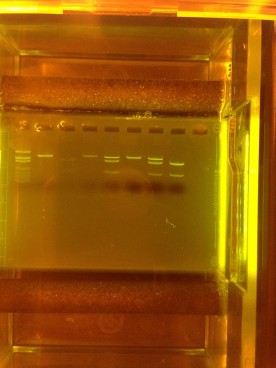 Students worked in nine teams of three or four. Five teams used the MiniOne system and four used the standard electrophoresis units in combination with a blue transilluminator. Runs completed within 20 minutes on both systems with the standard tanks running at 150V and the MiniOne running at a safe 42V. The MiniOne’s built-in illumination and imaging hood allowed students to view the DNA in the gel as it migrates. Since DNA band separation was apparent within a few minutes of starting the run, students with the MiniOne were almost immediately discussing and analyzing the data within their groups. Students with the standard systems saw nothing in their gels besides the loading dye before the gels were transferred to the transilluminator for viewing. Mrs. Tenenbaum did the transfer herself for all of the groups since she didn’t want the gels dropped on the floor. It was not uncommon that the gels had to be returned to the tanks for additional run time.

Overall, the MiniOne simplified the job of classroom management. Students using the MiniOne systems imaged their own gels at the bench, reducing work for the teacher and allowing her to devote more time to teaching the material. It also increased student engagement with the practical and intellectual aspects of the lab. Adapting the Edvotek Cholesterol Diagnostics kit for use with the MiniOne was straightforward. The MiniOne’s small size and sensitive imaging setup allowed us to use over ten times less sample than recommended in the kit instructions, saving money and resources.

You can find the Adaptation from Edvotek Cholesterol Diagostics Kit HERE